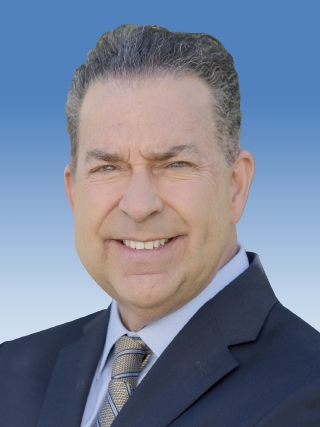 You'll also see him covering the big stories that affect our community, as well as the fun stories that make Las Vegas unique. Also, look for his monthly segment “Salute the Troops” which highlights local veterans who continue to serve our community even after their time in the military.

In his career, he has reported on several events of national significance, including the abduction and murder of Amber Haggerman, which later resulted in the development of the nationwide "Amber Alert" system. He has covered deadly tornadoes in Texas, wildfires in California and Hurricane Katrina from the Gulf Coast. Gerard has 5-times been awarded an Emmy for excellence in journalism, including most recently for anchoring coverage of the One October shooting tragedy.

In 2008, and again in 2012 Gerard was voted "Best Anchor" in Las Vegas by the Las Vegas Review-Journal Staff. He has also received Electronic Media Awards for Best Anchor and Best Reporter.

And most recently Gerard was added to Nevada's list of Distinguished Women and Men for professional and civic achievements.

Gerard studied Broadcast Journalism at San Diego State University. Before arriving in Las Vegas, he worked as a reporter in Dallas, Texas, as well as in San Diego and Bakersfield, Calif.

Organizations he supports include:

The Just One Project

If you have a story idea, send him an email at GRamalho@sbgtv.com.