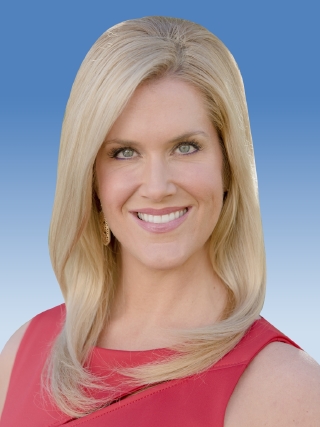 If TV news was a team sport, Heather says she’d be the utility player. She’s done it all. From the news desk to the red carpet, she’s an Emmy-nominated anchor and reporter. She’s even tackled traffic and can hold her own with sports, as an avid fan.

Proud to be a part of the Las Vegas community, she and her husband bought their first home when she joined News 3/CW in December 2016.

Heather moved to Las Vegas after anchoring in Denver, Albuquerque and Wichita Falls, Texas. She got her television start as a writer in San Diego after graduating from the University of San Diego. Her passion for news started as a young girl. She even used to dance to the news music openings when her dad was on TV. Yes, she followed in his footsteps. You can see him on television in Los Angeles.

She says journalism is in her blood and her heart.

Catch her around town with her rescue dog Napoleon, cheering on the Golden Knights, the Dodgers and the Chargers, or follow her vacation adventures on Instagram. She loves traveling to Central America.

If you have a story idea, shoot her an email at h.mills@sbgtv.com or email her at h.mills@SBGTV.com.