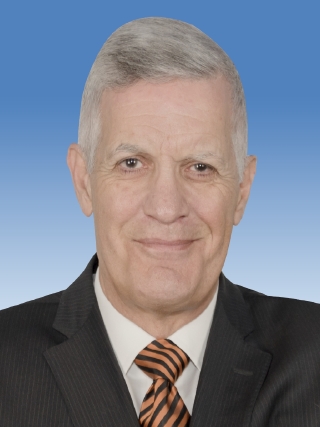 Jerry Brown is delighted to be back doing the weather on News 3!

During the waning years of the last century, JB did his best to keep insomniacs across the nation awake as the weekday morning weather anchor on "NBC Nightside." Jerry has been an on-air forecaster in Boston, Washington, DC (Emmy, Weather Anchor), Saint Louis, Cincinnati, and "The Entertainment Capital Of The World" (Emmy, Weather Anchor & Electronic Media Award, Weather Anchor). He has been featured on Nevada Public Radio, hosting classical music and opera programs.

Jerry studied at University College, London, and UCLA, and is a graduate of Amherst College in his native New England. He holds the Broadcast Seal of the National Weather Association and has been cited by the U.S. Department of Agriculture's Soil Conservation Service for his work with the Snow Survey and Water Supply Forecasting Program. Jerry has contributed to several college textbooks on broadcast meteorology.

If you have a story idea, email Jerry at GGBrown@sbgtv.com.