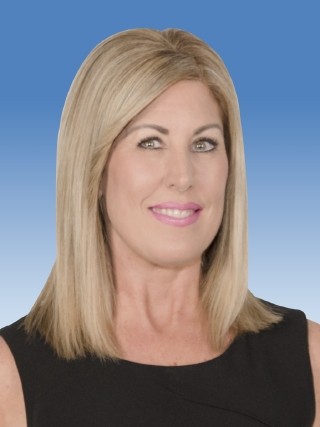 Kim is the co-host of "News 3 Today." Previously, Kim spent six years as the weekend anchor for News 3. She brings several years of reporting experience to News 3. Her experience includes time spent with CBS in Sacramento, ABC in Reno and ABC in Panama City, Florida where she was a weekend anchor. Kim graduated from the University of Florida, Gainesville with a Bachelor of Science Degree in Telecommunications/News.

Kim is also a Board Member for Safe Nest, a non-profit that helps women and children in domestic crisis. Kim and her husband, Dana, are the local TV ambassadors for Make-A-Wish of Southern Nevada, which grants wishes for children facing life-threatening diseases.

In 2015, “Wake Up With the Wagners” won best morning newscast, beating out other local morning shows as well as taking top honors over morning newscasts in Phoenix and San Diego. It’s the only time in station history that News 3 has taken Emmy honors in this category.

In 2016, Kim Wagner and her husband Dana were voted "Best Anchor Team" in Las Vegas by Las Vegas Review-Journal readers. Kim and Dana are first News 3 anchors to be recognized by the RJ’s “Best of Las Vegas” annual awards.

In her free time, Kim loves watching college football (especially Gator Football) and participating in all water sports. Her biggest adventure so far was "Running With the Bulls" in Pamplona, Spain, during the Festival of San Fermin.

The highlight of that European adventure was getting engaged on the Eiffel Tower in Paris. Kim is happily married to KSNV co-host Dana Wagner. They have a daughter named Kate who was born in June 2005.

If you have a story idea, send her an email at KAWagner@sbgtv.com.