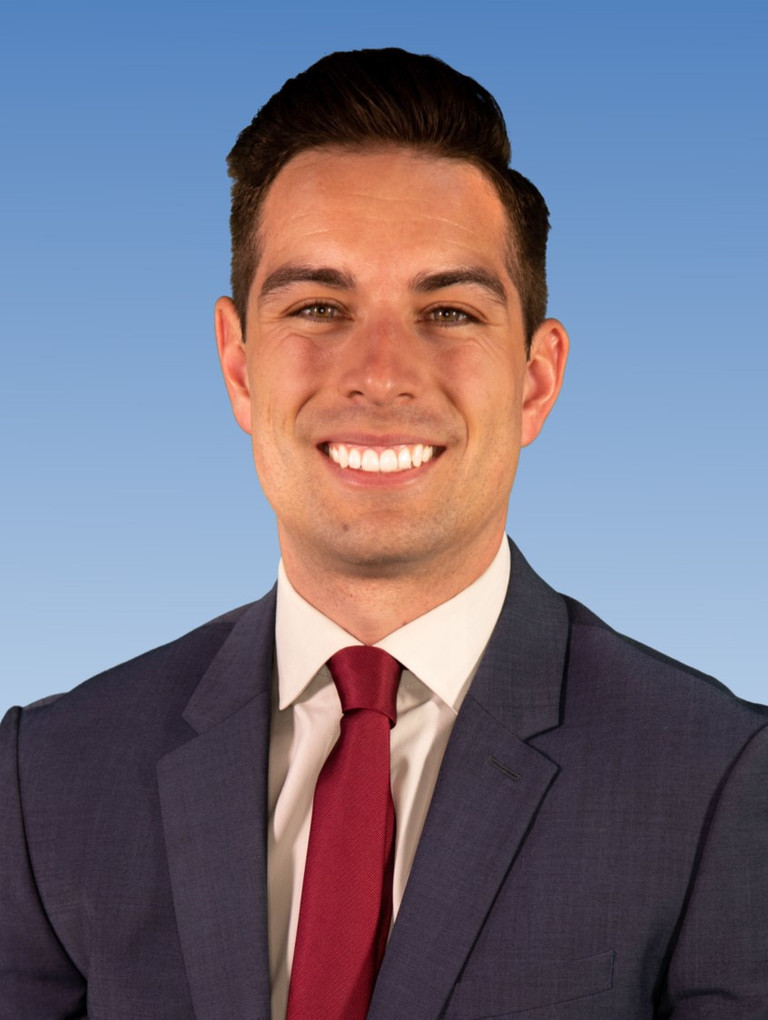 He comes to Vegas after a stop on the East Coast reporting for WSET ABC 13 in Danville, Virginia for the past two years.

He was also on-scene of a triple homicide in Pittsylvania County in 2019 when the suspect ran naked towards him and his photographer before being captured by authorities. The killings rocked the community and made national news.

Kyle, a California-native, is glad to be back West closer to family and friends.

He is a proud graduate of California State University, Stanislaus (Go Warriors!) and the Walter Cronkite School of Journalism and Mass Communication at Arizona State University (Go Sun Devils!).

He always considered Vegas a home away from home, so having the opportunity to work here is a dream come true!

When he’s not working, Kyle enjoys weightlifting, sports, hanging out poolside with his girlfriend and family and playing Super Smash Bros on Nintendo 64.

If you have any story ideas, don’t hesitate to reach out to Kyle via his social media pages.