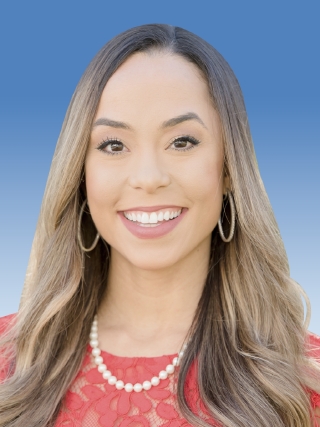 Kyndell Kim is a general assignment reporter and weekend morning anchor at News 3. She joined the KSNV-TV team in 2015.

Before joining News 3, Kyndell worked at KBAK/KBFX-TV in Bakersfield, California where she anchored the station's midday newscast while also reporting for the evening shows.

Prior to moving to Bakersfield, Kyndell began her career as a reporter for Time Warner Cable's Channel 3 News in Orange County, CA and as a production assistant at the ABC-owned station in Los Angeles. Kyndell also worked as a reporter and multimedia journalist at Patch.com, granting her the valuable dynamic of working in both broadcast and online journalism.

Kyndell is a graduate of the University of California, Irvine where she earned a bachelor's degree in political science, with an emphasis in United States government and law.

She also earned a minor in English literature with a focus in journalism. Kyndell was a cheerleader at UC Irvine where she spent many nights cheering on Anteater Basketball, including her husband who is an alumnus of the team.

Kyndell is currently working towards earning a second degree, a Bachelor of Science in Meteorology from Mississippi State University.

When she's not out in the field you can find Kyndell taking photos, learning new recipes or studying meteorology.

If you have a story idea, send her an email at kdkim@sbgtv.com.