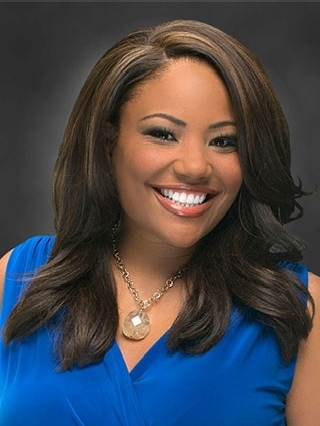 Las Vegas’ darkest night is one she will never forget. Latoya co-anchored five hours of nonstop coverage of the mass shooting on the Las Vegas Strip soon after the horror erupted on October 1, 2017. She earned an Emmy and an Edward R. Murrow award for the informative and thoughtful coverage.

Latoya also spearheads News 3’s partnership with St. Jude Children’s Research Hospital. Latoya’s proud to tell the stories of the brave children at St. Jude battling cancer and other catastrophic diseases. She treasures her yearly visit to the campus in Memphis, TN. St. Jude named KSNV Station of the Year in 2017, the first year of the campaign.

Latoya comes to Las Vegas from Dallas, Texas. As a reporter/fill-in anchor at Fox4 in Dallas, TX covered breaking news almost daily along with natural disasters like tornados, flooding, and snowstorms. She also won the hearts of many North Texans and became one of the most sought-after personalities to host community events. While in Dallas, Latoya received an Emmy nomination for her storytelling.

Prior to her years in Dallas, Latoya co-anchored the 5 p.m. newscast at KTUL-TV in Tulsa, Oklahoma, a sister station of News 3. While in Oklahoma, Latoya won a Regional Edward R. Murrow award, an SPJ award and won the Oklahoma Salute to Excellence award for best anchor. She also won various community awards. During her time in Tulsa, she covered several big stories including the devastating Joplin, MO tornado, the American Airlines Bankruptcy, the Good Friday Shootings and a debilitating blizzard. She also field anchored the NBA finals from Oklahoma City, OK and a national college basketball tournament.

Latoya got her first break at BET Nightly News in Washington D.C. She started the day before 9/11. What began as an unpaid internship quickly turned into a paid position and a valuable experience. Latoya’s other career highlights include reporting from the Coretta Scott King funeral in Atlanta, covering hurricanes in South Carolina, following President George W. Bush during his trips to Crawford, TX, covering President Barack Obama's trip to Oklahoma and moderating a forum on the "War on Terrorism". The forum aired LIVE on C-SPAN shortly after the 9/11 attacks. She was also featured in the documentary "Hate Crimes in the Heartland," which is currently on Netflix.

Latoya graduated from the University of Houston with a dual degree in broadcast journalism and public relations. She also studied Spanish at the Universidad de Salamanca in Spain.

In her spare time, Latoya loves to volunteer, run and she's an avid reader. She's also an overall health enthusiast, who is passionate about proper nutrition and disease prevention. Latoya is a member of the Church of Christ, National Association of Black Journalists, Alpha Kappa Alpha Sorority, Inc., and Junior League of Las Vegas.

If you have a story idea, email Latoya at lsilmon@sbgtv.com.