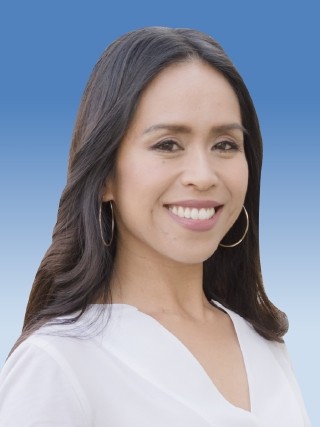 "For the love of the story." It's Marie Mortera's mantra and she puts it to action when she anchors the evening news on News 3 at 5, 11 and The CW News at 10 with Marie Mortera.

As news anchor and reporter, Marie Mortera is honored to be in a position to reveal stories that may not always make the headlines but deserve the spotlight. Among her most memorable Southern Nevada stories - a 10-year-old's fight against ovarian cancer, a woman who risked death to escape a life of sex slavery and a young congressman who opened up his home for his most personal interview since his six-way bypass surgery.

Before that, Marie was a San Francisco correspondent for The Filipino Channel. Among her early assignments - the first Filipino American military casualty in the war against terror; an aging airport employee whose fingerprints faded over time, left wondering if he could still keep his job. From there, she worked in Yuma, AZ and had the honor of following a team of doctors across the border. They outfitted Mexican residents with hearing aids and Marie witnessed an unforgettable moment - a child hearing her mother's voice for the first time. While in Yuma, Marie won an Edward R. Murrow award for her reporting on a military jet crash.

In 2013, she joined the FBI Las Vegas Citizens Academy Alumni Association, a non-profit that supports the FBI and community service. Marie was named Best Anchor by the Electronic Media Awards two years in a row and received a professional achievement award from Las Vegas' Filipino-American Heritage foundation..

When she's not reporting the news, you can catch her at a yoga studio or at a park with her husband, son and daughter and of course, two pups, Molly and Cooper.