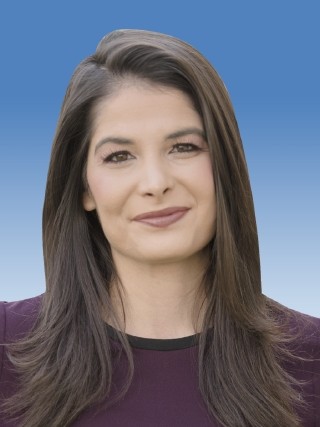 Tiffany Lane is an award-winning multimedia journalist and anchor with experience in local, state, national and international news. Tiffany joined KSNV as a general assignment reporter in November 2019.

Tiffany’s passion is being able to provide a voice for people who are often unheard and strengthening the community through her stories. She loves the rush of breaking news and values the importance of finding different angles to a story.

Prior to KSNV, Tiffany served as the weekend anchor and multimedia journalist at KSNW in Wichita. She served as one of the station's political reporters, being one of the first to interview the state’s new governor right after the results of her election were announced. Tiffany has also covered stories that have made nationwide news, including a “swatting” call that led to a local man’s death, and the efforts to find five-year-old Lucas Hernandez, whose body was located months later, after a private investigator found his body in a nearby county.

Before working at KSN, Tiffany was a multimedia journalist and fill-in anchor at KTIV News 4, in Sioux City, Iowa. There, she was able to follow her love for politics covering Iowa’s first-in-the-nation caucuses. For a year-and-a-half leading to the 2016 election, Tiffany followed presidential hopefuls around the state, many of whom came to know her on a first-name basis.

For her work in Iowa, Tiffany received an Associated Press Great Plains award in General Reporting for her in-depth look at police technology and the impact it has had on emergency call responses. Her storm coverage led her to win an Emmy for “Daytime Newscast- Blizzard after the Caucus.” Tiffany is also the recipient of an Eric Sevareid Award for reporting on Pilger, Nebraska- “One Year After the Storm.” She has also won multiple Iowa Broadcast News Association honors.

Prior to KTIV News 4, Tiffany worked at Join the Synergy, an online entertainment outlet in Los Angeles where she was the social media coordinator and reporter. She covered red carpet events for a variety of movies and shows. Tiffany even reported at major awards shows, including the Golden Globes and the Teen Choice Awards. She has interviewed hundreds of celebrities, such as John Legend, Adam Levine, Usher, Harry Styles, Keith Urban, and Demi Lovato.

Tiffany completed her Master’s Degree at the Medill School of Journalism at Northwestern University. During her time there, she covered immigration and demographics in Chicago and Washington, D.C. and had the opportunity to interview the prime minister of the Tibetan government-in-exile as well as members of the president’s cabinet. Her favorite part of the program was living and working as a resident journalist at a network television station in Cape Town, South Africa covering education, trial, and gang stories.

Tiffany received a Bachelor of Arts degree in Broadcast Journalism and Political Science from California State University, Northridge. While in her undergraduate studies, Tiffany worked for the Valley View News, the university television station, as a reporter, anchor, producer, and editor. Her sportscast for the school’s radio station, KCSN, was part of a segment that received a Golden Mike Award for “Best Evening Newscast over 15 Minutes.”

Tiffany prides herself on her multicultural heritage. She has been able to embrace her Iranian roots on her mother’s side, as a fluent speaker of Farsi, and grew up learning the rich culture. When she is not out covering stories, Tiffany enjoys being an active member of the community.

You can find her involved in multiple community service organizations, traveling, or spending time with her family and friends.

If you have a story idea, send her an email at ttlane@sbgtv.com.